Home / News
An effective communication and promotion campaign needs a good #mediaplanning. On the eve of the launch of a TV program, it is necessary to analyze the promo steps, the locations and the views they get. 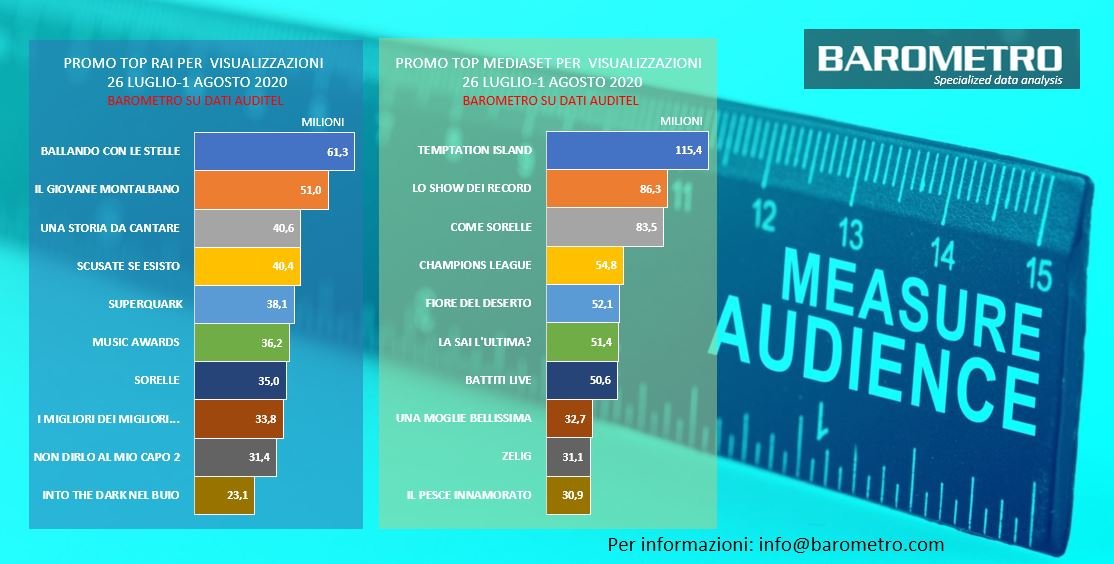 In fact, in promoting the broadcasting of a television production, the production companies rely too often on the strategies adopted by the TV networks, underestimating that at the beginning of the season the networks have too many titles to promote to focus on one in particular.

Consequently, the #promotion of some titles is done in advance, arriving at the airing with a "sold out" promotion. Or, it happens that the daily promotions agreed with the network are placed in low listening or off target time slots.

Based on our experience in the television #mediaanalyst we suggest agreeing with network managers a detailed promo planning, with an estimate of the unique listeners achieved, however, checking that the number of #promotv broadcast and the #audience target meet the #KPI set by the media planning.

If the objectives achieved by the promotion of a TV program deviate from what has been agreed upon, it is necessary to "press" by urging a greater number of promotions in the slots of the subsequent aired.

Our team conducts daily monitoring of the promos of the main television networks. "The Barometro team provides highly effective analysis to support decisions."